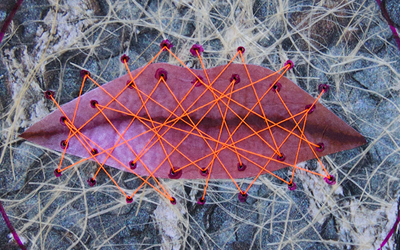 I participated in Phoenix Art Museum’s international mail art exhibition, “Focus Latin America: Art is Our Last Hope.” The mail art exhibition was originally organized to run at the same time as the museum’s exhibition of Brazilian artist Paulo Bruscky. So much work was received – 440 artists from 35 countries participated – that the museum had to partner with a local gallery, Shade Gallery at the monOrchid, in order to show all the work. This type of museum/gallery partnership was a first for the Phoenix Art Museum. 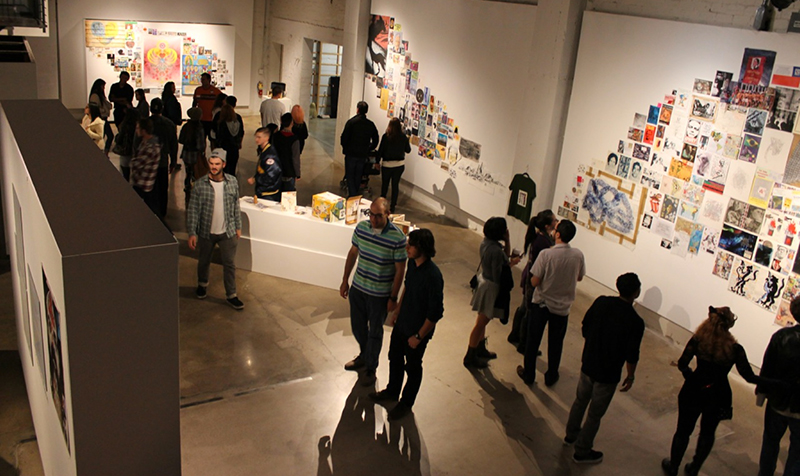 Photo from the opening of Focus Latin America: Art is Our Last Hope at the Shade Gallery at the monOrchid. Photo from the Phoenix Art Museum.

In order to create my piece for the show I had to do a little research. I knew mail art was artwork sent through the postal service but I wanted to know if it was more than that. A quick look at Wikipedia told me this:

Mail art (also known as Postal art and Correspondence art) is a populist artistic movement centered on sending small scale works through the postal service… Media commonly used in mail art include postcards, paper, a collage of found or recycled images and objects, rubber stamps, artist-created stamps (called artistamps), and paint, but can also include music, sound art, poetry, or anything that can be put in an envelope and sent via post.

I also wanted to learn more about art in Latin America. Why would the Phoenix Art Museum title the exhibition “Art is Our Last Hope?” Well, it was easy to see where this came from after a little research. I discovered that tons of artists throughout the middle and second half of the 20th century faced censorship and expatriation because of the social and political context of their work. These artists were living in areas where the struggle for power and control was surrounded by violence. These power plays included the struggle between liberals wanting social reform and social conservatives wanting things to stay the same. Of course I am watering down the full story for you but you get the gist. I can’t imagine what it would be like if I couldn’t express how I felt about what happened to me and my community. I create work about wildfire because it is something I was personally connected to. I decided I wanted my mail art piece to clearly show lack of freedom of speech because I appreciate that I have freedom of speech in my own work. 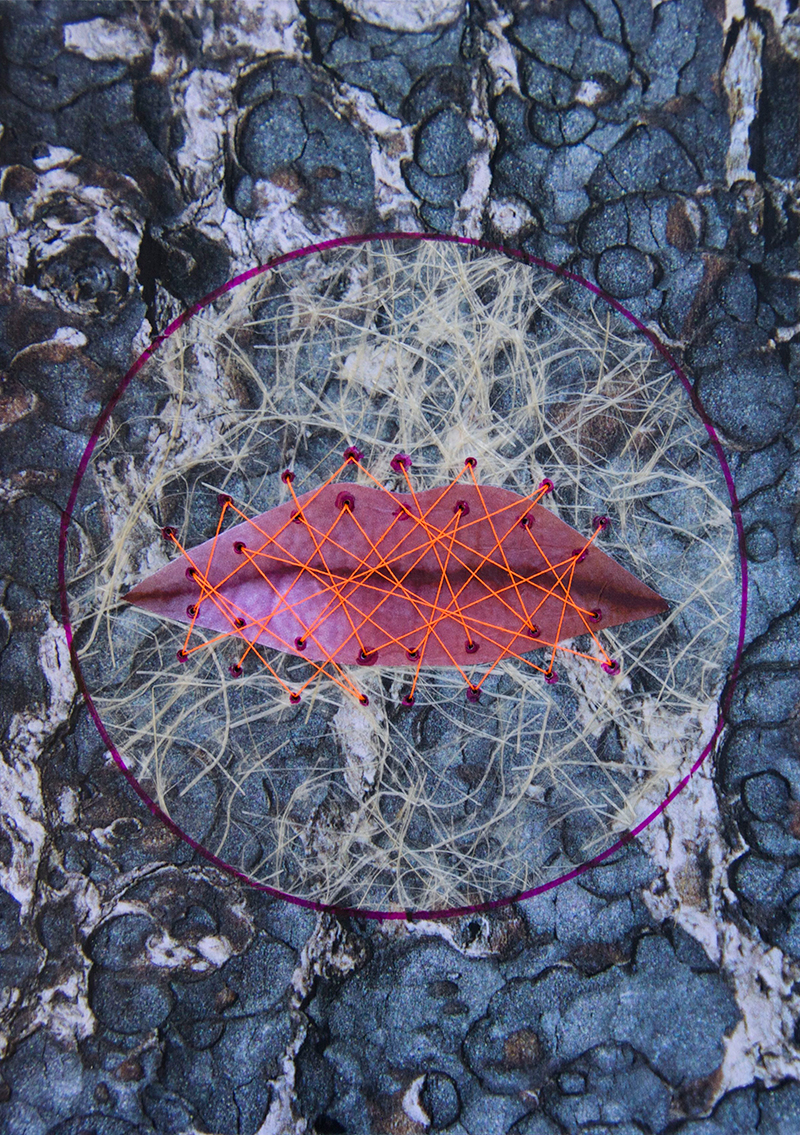 To get a fairly solid base for my mail art I cut down a cardboard box (left over from panels that were shipped to me) to postcard size. I wanted to have a reference to the type of artwork I normally create so the background is a photograph of burned tree bark taken after the Wallow Fire in Arizona. The photograph of fire did more for my piece than reference my own work, it’s a reference to burning objects as a way of censoring them (think books). For the first time ever in my own work I used myself as the subject. I photographed my own lips and used them at the center of my composition. I used string and sewed through the cardboard to sew my own mouth shut. I used neon orange string to reference modern culture. The censorship in Latin America was still happening when I was a tween in the 80’s sporting neon jelly bracelets and over sized t-shirts.

I mailed my piece through the US Postal Service. I went to the downtown Bend, Oregon office and the female postal worker that processed my piece was really sweet. She was super concerned that the postcard would be damaged in the mail. I let her know that was the risk I was taking with mailing my art and any type of alteration from the mailing would only make the piece more interesting. The piece arrived at the Phoenix Art Museum with no damage.

If you are interested in seeing all of the mail art from Focus Latin America: Art Is Our Last Hope visit: http://phxartmail.tumblr.com/.

The exhibition will be on view until January 12, 2015 at the Shade Gallery at monOrchid at 214 E. Roosevelt Street, Phoenix, Arizona.